“Birds of a Feather” by The Rosenbergs was selected as the theme song for CBS’ new series, Accidentally On Purpose. The song features me on the piano.

The sitcom focuses on Billie (Jenna Elfman), a film critic from San Fransisco. The show premiers on Monday, September 21 at 8:30pm.

With any luck, I will finally regret wearing that stupid eye patch in the video. 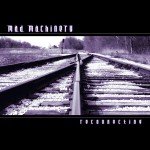 Fourth of July weekend, the US Hang Gliding & Paragliding Association is throwing their annual Fun Meet at Ellenville Flight Park. The Fun Meet is an outdoor festival with hang gliding and paragliding competitions, cookouts and camping. This year will be the first to feature live music, and they have asked Mad Machinery to play. Nothing is in stone yet, but chances are this will be our CD release party! And it will be a free show. 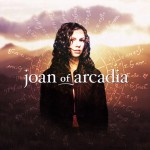 Also, The Rosenbergs will be heard once again on Joan of Arcadia. Tune in to CBS at 8 PM EST next Friday, March 19th, for the song “Pushing Up Daisies“. And the week after that is big news… Stay tuned… 🙂

A snippet from The Rosenbergs Newsletter:

“The Rosenbergs’ song, ‘Birds Of A Feather,’ from their brand new Force MP debut Department Store Girl, will be heard tonight in CBS’ hit new program, ‘Joan of Arcadia,’ Episode #115. This groundbreaking new show airs at 8 PM EST on the CBS Network. Listen for the Rosenberg’s music twenty minutes into the show, second act, playing in an apartment.

The Rosenbergs are featured in this month’s AIMS listening stations, so pick up a copy at your favorite local retailer…”

I was in the video shoot for The Rosenbergs’ song, “After All.” The song is the first single from their full-length debut, Mission: You, which is set to be released February 20th on Discipline Global Mobile. I was asked by the band and the directors to be a part of the video.

The video is a tribute to videos that aired on MTV in the 80’s including those by Dire Straits, Stryper, and The Buggles. The shoot took place in the East Village of New York City. “After All” is directed by Girl Next Door, headed by Adria Petty and Anna Gabriel– two recognizable names in the entertainment industry.