I will be playing keyboards with The Surrogate Band, a Pink Floyd tribute, on Saturday, November 1st. Come wrap up Halloween weekend with great food, great beers on tap, great mixed drinks, and classic Pink Floyd.

Listen to our performance of Dark Side Of The Moon in its entirety from October 30, 2010 on SoundCloud. 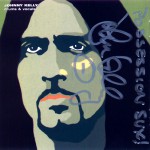 Johnny Kelly, their drummer, gave me some feedback on what the band thought of “Possession”, my recorded tribute to them. 🙂

My cover of Sarah McLachlan’s “Possession,” a tribute to the metal band Type O Negative, has apparently caused a minor uproar on the the band’s message board.

A Quick Story About the Recording

The recording was made in 1996 and distributed on CD-Rs to my college classmates and a small number of close, personal friends. This predates online trading of MP3s by a few years. Eventually MP3s of my recordings appeared on Napster, Scour, and some other widely used file-sharing programs. It became quite popular, likely due to the confusion of Type O Negative being erroneously labeled as the artist in the metadata/ID3 tag.

It was never my intention to trick people into downloading the track. As a fan of Type O, the recording was simply my way of having fun and paying tribute to them.

Based on YouTube comments I’ve recently come across, a new generation of people are being confused by my recording. Much of the confusion seems to revolve around the intro of the song which contains an audio snippet of an interview with Peter Steele, conducted by my personal friend Jason Zampino. Here’s my longer explanation of how this track came about.

A Longer Story About the Recording

A project for my college audio engineering class tasked us with using Pro Tools to create a multi-track recording. Around that time I would sing Sarah McLachlan’s “Possession” in Peter Steele’s voice as way to torture my ex-girlfriend who had Sarah’s track in heavy rotation. I thought it would be fun to secretly record the song as if it were a legitimate “Type O Negative cover” for the class project and use it to torture her.

I arranged the parts and played the instruments myself; unfortunately I could only do one or two takes due to the short amount of studio time we were allotted. The drums were played live on a Kurzweil keyboard. I then overdubbed bass guitar, two electric guitar parts, and keyboards, one track at a time. I used a “method” approach for the vocals– I began chain-smoking cigarettes for days in an effort to make my voice deeper.

I played a rough mix for my friend Jason who enjoyed it and agreed to let me use a relevant snippet of his interview with Peter Steele as an introduction to the song. In the interview, Jason suggested a song for Pete to consider covering with Type O Negative. Pete’s response, that he “would rather take something very feminine, and very soft and sweet, and completely mutilate it,” perfectly described my approach to creating a recording that the band might consider making themselves.

This track was played for my recording class, used to torture my ex-girlfriend, and then tucked away from the world until I posted an MP3 of it on my web site a couple of years later. My best guess is that someone downloaded the MP3 from my site, edited the metadata crediting the song to Type O Negative, and shared it on Napster and elsewhere where it became wildly popular as a rare/unreleased/demo from the actual band.

Johnny Kelly, drummer of Type O Negative, has even commented on the track:

“Possession is one awesome song… I would love to cover it. It would be a tough sell for the other guys. They are big Sarah fans. Also, there are much better Capt. & Tenneil [sic] songs…” –Johnny Kelly