WARNING: This post has nothing to do with music, whatsoever. It is nothing more than a mere rant filled with profanity. I am writing this strictly to vent my daily frustrations with a very small group of assholes at my local Metro North station.

Located on the Hudson River in Briarcliff Manor, NY, the Metro North Scarborough train station is a spectacular, gorgeous landmark. Standing on the platform, you almost get the sensation of being on an exotic cruise. With the gorgeous Hudson River calmly crashing on the Western shore, and the still waters of Kemey’s cove consuming much of the Eastern view, the whole experience is breathtaking.

At least, it is most of the time– that is, when a handful of entitled pricks aren’t trying to cut you down.

I’m a technical engineer. I work for a media company. I don’t have to wear a suit to work. This makes me happy, with the exception of the times when my lack of formal attire sends a message to a certain group of commuters that I am nothing more than a low-class plebeian, unsuitable to exist on on the platform of any trains traveling to or from the Metro North Scarborough train station.

Now before you think that I’m delusional, and perhaps even jealous of these borderline-sociopaths, I will be providing evidence that goes beyond the anecdotal or speculative kind.

How many times do you think a different BMW (or similarly priced vehicle) can attempt to cut you off in a 500 foot stretch of road? Once? Twice? It’s quite a short roadway, but somehow on a daily basis we attempt to get cut off anywhere from 2-5 times. If you want to witness this for yourself, park your car anywhere at the Scarborough station between 5–7pm and watch what happens. Bring popcorn.

Occasionally, these impatient lunatics will inch towards the SIDE of our car– as in, outside of the laws of physics to allow them to cut in front of us, and then beep their horns at us, animatedly mouthing phrases like, “COME ON!!!!” and, “MOOOOOOOOOOOVE!!!”

On one such occasion a BMW driver came so close to sideswiping our vehicle that it caused us to lock our brakes up and brace for impact. Unfortunately this led to us getting rear-ended by a Jitney behind us, whose driver was unable to react quickly enough to our emergency braking.

Now try, if you will, to imagine the following scenario: Your stopped vehicle gets jolted forward, accompanied with a very loud BANG; realizing you were very likely just rear-ended; taking off your seat belt; opening the car door, and immediately getting berated by a completely unrelated asshat who rolled down his window down to shout the following at you: “CAN YOU MOOOOOOOOVE-AH?!!”. This literally happened to me.

“NOOOOO!!” I fully extended my arm and pointed right at his face, “NOW ROLL YOUR WINDOW UP AND GIVE US A FUCKING MINUTE.” He looked terrified and confused, as if he was completely unfamiliar with the concept of the word “NO.”

I know, it sounds like I have a hatred for BMW drivers. I honestly don’t, but I will admit that my brain is starting to associate certain makes of car with this type of person thanks to this daily display of selfish, entitled behavior. I assure you that this rant is not specifically targeted to the Bavarian Motor Works company, or their loyal customers.

Needless to say, the fender-bender taught me that I am not alone in my observations of this Class War behavior going on at the Scarborough train station. The friendly Briarcliff Police officer who assisted us with our fender bender had quite a bit to say on the matter. He was not surprised that we were cut off, or rear-ended in the Scraborough parking lot, because he witnesses similar behavior each time a train lets out at rush hour.

“I’ve worked in some of the worst neighborhoods in New York, but I’ve never witnessed anything like these people. Not anywhere. Some of them are so entitled, they believe they have the right to plow others down just to be first out of the lot.”

This hits the nail right on the head. Who the hell do these people think they are?

“Move it, asshole.” This is how I was greeted by one of these pricks earlier this week.

It was 5:13pm at the lower level of Grand Central station. Pedestrian traffic was merging into a single-file line, leading to a staircase down to the platform where the 5:16pm train to Croton-Harmon was boarding. A group of people were just ahead of me moving slower than my normal pace. The woman directly in front of me lost her footing for a split second. I slowed down briefly, just to give her enough space to recover, as these words were spoken directly into the back of my head. 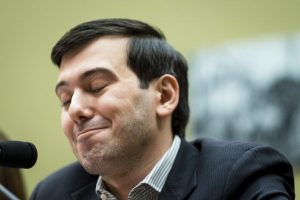 I quickly snapped my head around, and was not entirely surprised at what I saw: A very sweaty, overweight man, in a very expensive suit, in a furious hurry to catch the same train I was about to board. He smugly gave me a half-assed grin, seemingly somehow proud of the fact that he’s a huge fucking asshole.

I immediately fantasized about knocking those visible teeth right out of his sweaty, punchable face and onto the staircase. Instead I took a deep breath, turned back around and boarded the train. I then watched as he practically shoved people out of his way so he could plant himself in the doorway of the last car.

Oh right, I know this guy– I’ve seen him before. He stands up for the entire 48-minute ride, obstructing the doorway at other stops just so he can be first to deboard the train at Scarborough. The moment those train doors open wide enough for him to squeeze through, he squirts himself out and chaotically sprints to his vehicle just to be the first to exit the Scarborough station parking lot.

I guess he must be really important. He must have a family, or something. Him and his family must be way more important than me, a jeans-and-sneaker-wearing peasant. So this brings me my point: The Metro North is NOT a plutocracy.

Wearing a suit does not entitle you to special treatment. WE PAY THE EXACT SAME AMOUNT FOR OUR MONTHLY TRAIN FAIR. Just because my outfit cost a fraction of yours, you have no right to attempt to subjugate me.

Outside of the four walls of your office you are nothing but just another human. You do not command any sort of authority, whatsoever.

You do not deserve any amount of assumed respect based on your clothing or material possessions.

I admire the confidence some of these people have. They truly seem to believe that they yield some sort of dominion over common folk. But it’s nothing more than a delusional day dream, carried over from whatever fleeting semblance of authority they may be graced with for a few hours each weekday.

Hey, “asshole”, here’s a quick newsflash for you: 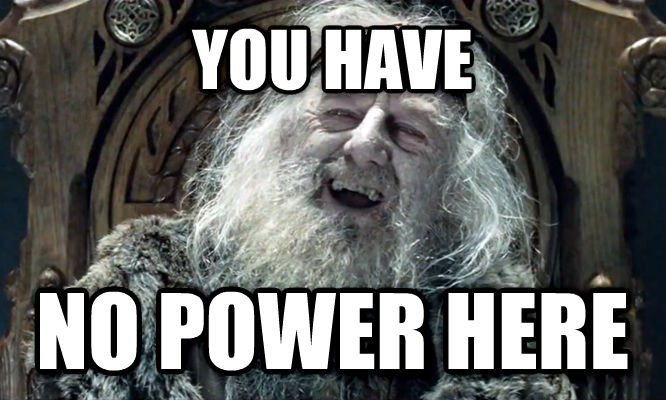 Seriously. Your expensive suit is essentially a meaningless Halloween costume outside of your office. It does not give you super powers. Also, please take a good look at yourself– you’re a filthy slob. That suit does absolutely nothing to hide your revolting appearance. You might want to consider sprinting all the way home from now on… it might help you shed a few pounds…